New York is one of the most famous and popular cities in the world today. It is also referred to as the “Big Apple”. The city stands tall with its many impressive skyscrapers and statues. It has a unique fast-paced atmosphere that shouldn’t be missed.

If you are travelling from outside the USA then flying is definitely the best option in terms of getting there. The city has three main airports named John F Kennedy Airport, La Guardia Airport, and Newark Airport. JFK is the main international airport. As the city is so big and popular it has excellent road networks and rail services, making all travelling options easy.

During the seventeenth century, the Dutch settled in the area and traded fur. The region was later colonized by the British who names it New York. In the following couple of centuries, millions of immigrants moved to New York and began bringing masses of money to the burgeoning city.

There is no shortage of sightseeing opportunities in New York. The City is packed with impressive buildings, museums and statues. The Empire State Building is possibly the most impressive feature of the city as well as The Statue of Liberty, and Central Park. The museums are also a must-see part of the city. Be sure to visit the Whitney Museum of American Art, the Modern Art Museum, Guggenheim Museum, and American Museum of Natural History. Broadway is an impressive street with lights and the worldís most renowned shows happening on a daily basis.

Thousands of people travel to New York purely to go shopping. It is one of the top shopping places in the world. There are shops for everyone, whatever your budget. You can find designer labels as well as plenty of bargains.

The same goes for dining as it does for shopping. New York has heaps of great restaurants and dining establishments. They are scattered all over the city so you never have to walk far. A full range of international cuisine can easily be found. Nightlife in the city is amazing as there are bars and clubs to suit everyone.

Midtown Manhattan contains the most popular tourist destinations in New York City and is the single busiest commercial district in the United States. This section of New York City includes the area between 14th Street and 59th Street from the East River to the Hudson River; the ìheartî of Midtown is from 31st Street to 59th Street between Third and Ninth Avenues.

Manhattan was originally settled by the Lenape. In 1624, a permanent European presence settled on the island; one of the Dutch East India Company’s explorers, Henry Hudson, was the first to successfully map the region. The land was named Fort Amsterdam and the natives sold it for $24; 1625 is now recognized as the birth date of New York City. The British conquered the settlement in 1664 and renamed it “New York”after the English Duke of York. From January 11, 1785 to the Fall of 1788, New York was one of the capitals of the country under the Articles of Confederation; New York was America’s first capital city under our Declaration of Independence.

Today’s Midtown includes a variety of vibrant, eclectic neighbourhoods: Gramercy, a relatively quiet area; Hell’s Kitchen, which figured prominently in New York City’s organized crime; Chelsea, a very gay-friendly area and a center of art and night life; Murray Hill, formerly a stiff and professional area, recently becoming a nightlife haven; Turtle Bay, where the UN Headquarters is located; Rockefeller Center, site of the famous Christmas tree, the Theatre District, famous for the many Broadway theatres in the area; the Meatpacking District, once an undesirable location is now one of the hottest nightclub spots in Manhattan; Koreatown, affectionately called “K-Town” by the locals; Times Square is one of the busiest tourist destinations in the entire world; the Garment District, the center for fashion design and manufacturing; and Herald Square, a hub for retail shopping.

Most of the famous New York City tourist attractions are located in Midtown Manhattan: The Museum of Modern Art, or the MoMA, is one of the foremost museums of modern art in the world. The largest gothic-style Catholic Church in the United States is St. Patrickís Cathedral, located on Madison Avenue. Nearby is high-end retailer Saks Fifth Avenue’s flagship store. Legendary concerts and sporting events happen nightly at Madison Square Garden. The New York Public Library, one of the world’s best research institutions, has various locations throughout Midtown. Midtown Manhattan is absolutely packed with restaurants, bars, and just about anything for individuals of all ages.

Midtown Manhattan is a bustling metropolis for both tourists and locals. It’s easy to navigate and you’re never far from a museum, world-class shopping and dining, or family attractions. Midtown offers a colorful, vibrant slice of New York life that you can’t afford to miss. 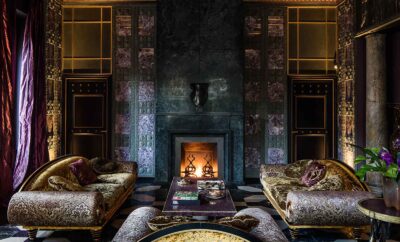 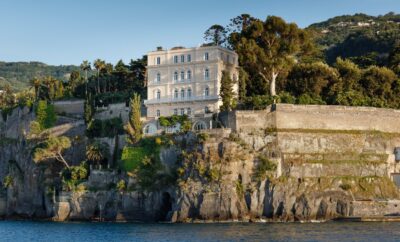 Please fill in the log in or register forms

Don't have an account? | Forgot Password
Login with Google
I only want to book
I want to rent my property
Login with Google
Already a member? Sign in!
Login with Google
Return to Login
We use cookies to ensure that we give you the best experience on our website. If you continue to use this site we will assume that you are happy with it.Ok